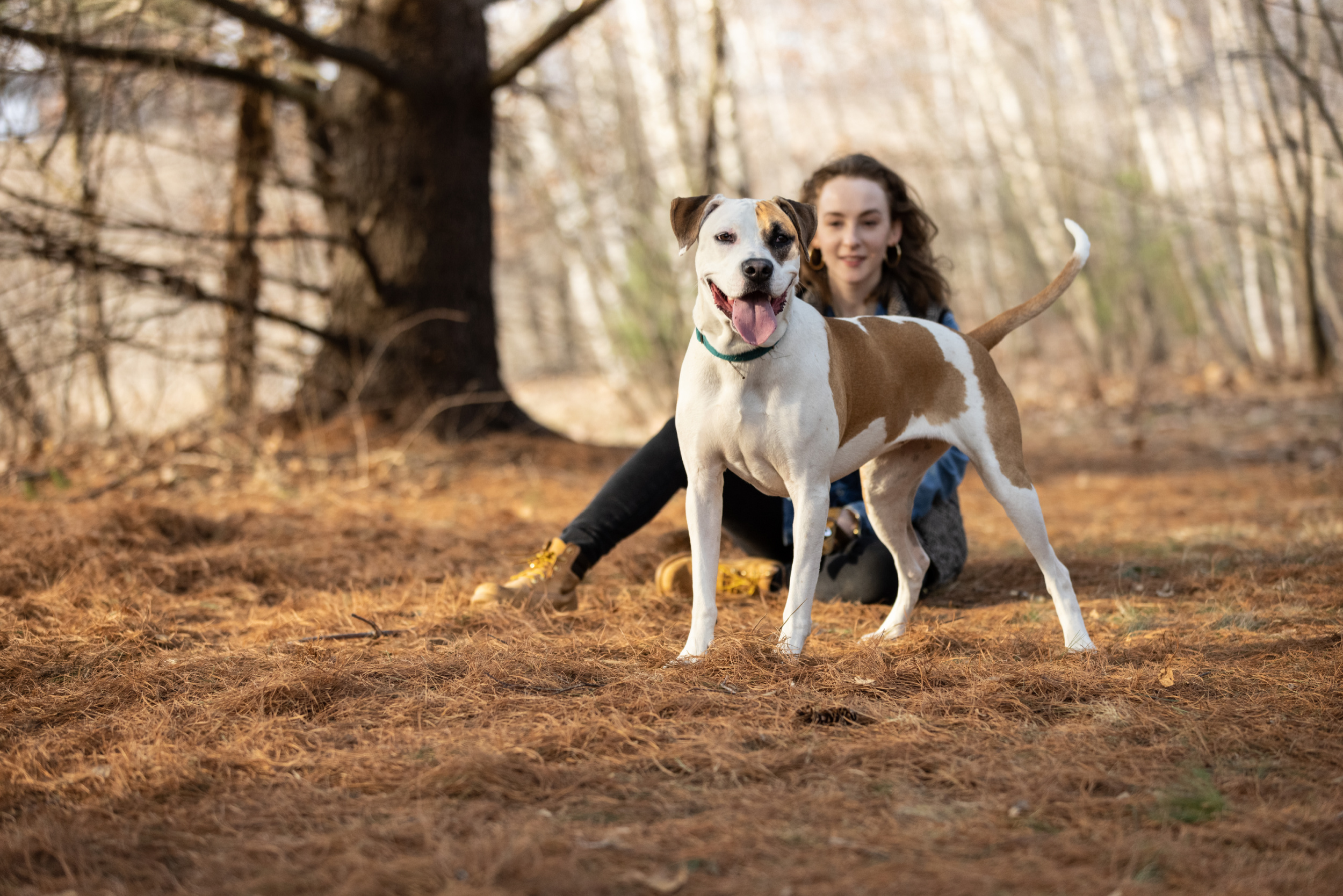 Until one has experienced the love of an animal, a part of one’s soul remains unawakened. Ericca knew this to be true when she welcomed Daisy Dream into her life.

As a busy resident of Brooklyn,NY, Ericca’s otherwise established routine was ﬂipped upside-down when the pandemic hit—but not just because of quarantine. In the hustle and bustle of the city, Ericca worked at a consulting group as an assistant on the business services side with a daydream of working full-time in animal welfare. She volunteered her time on weekends with Muddy Paws Rescue, where she came to the resolution that she knew she wanted a pup of her own. She met Dream, an American pitbull and terrier mix, and was amazed at the immediate bond they formed. Dream became Daisy, and Daisy became Ericca’s.

Daisy came into Ericca’s life at the perfect time. Just before COVID-19 became a prevalent problem in America, she welcomed Daisy into her home. She knew the criteria she wanted in a canine companion: must be friendly with people and animals, must be comfortable with new environments. Daisy ticked all the boxes and then some. “She’s really been a dream, and that’s why we felt we had to keep it,” Ericca said, referencing Daisy’s former name (now middle name), Dream.

A very social person, Ericca’s routine took a sharp turn when New York City implemented the state lockdown. She lived alone and worked from her oﬃce, which quickly became working from home by herself. “We didn’t know what was coming and then lo and behold, we’re in the shutdown.  Because of Daisy, I had to go outside a lot more and just go to the park,” Erica recalled, considering the timing of Daisy’s adoption a fortunate happenstance. “It implemented a routine, even though my normal routine was completely uplifted.”

Daisy Dream didn’t just serve as Ericca’s best friend in an otherwise lonely time. She was quite literally the catalyst to Ericca making her career dreams come true. “I’d always kind of dabbled with the idea of transitioning into an animal welfare career and not just letting it be my volunteer work,” Ericca said. “And then when I got her, that idea just became so much more of something I wanted to achieve.” She discovered Tufts’s program, Animals and Public Policy at Cummings School of Veterinary Medicine with a focus on the human and animal bond. She enrolled, and uprooted her and Daisy’s life from Brooklyn to Boston. “If it wasn’t for Daisy, I don’t think I would have been looking at that time or had the courage to just leave my city by myself,” Ericca said.

While not a particularly religious person, Ericca believed deeply that Daisy Dream was the dog meant for her. When she took Daisy in, she sought out a sign in conﬁrmation that Daisy was destined to be her’s, and her adoption certificate served as just that. “My grandmother and I were very, very close before she had passed. When I got Daisy’s license, the numbers of her license were my grandparents’ wedding anniversary date, and they’d been married for 60-something years at that point,” Ericca recalled. “I had gotten chills, because it was the day she legally became mine. I got that aﬃrmation that I’d been looking for, and ever since then, everything has just fallen into place.”

With a pathway forward on her new career goals and a life in a new city, Ericca has her love for Daisy to thank. “There have been so many changes, good and bad this year. And I really think that she’s been such a pillar for me, because no matter what’s changed, she’s been there and our bond has just continued to grow,” Erica said. “I’m so excited to see how that bond grows over time.” 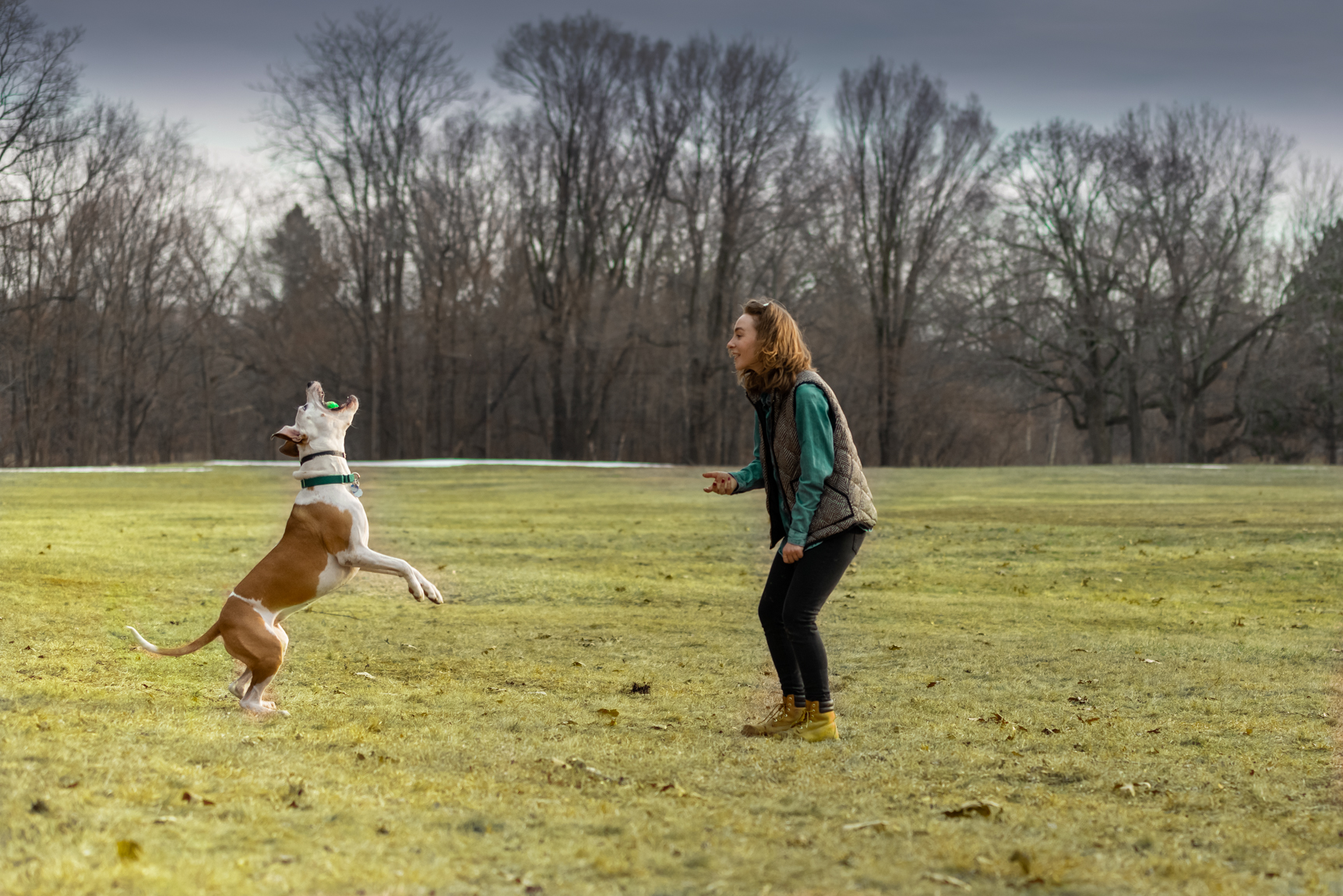 HAVE YOU READ THESE STORIES YET? 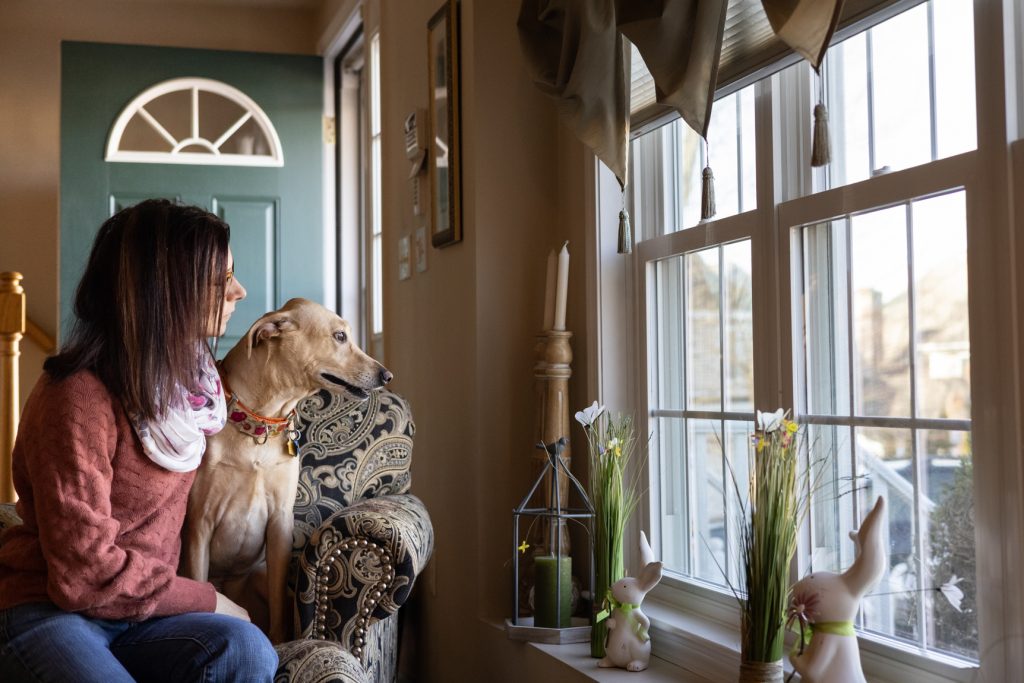 A house is never lonely where a loving dog waits—even in quarantine. There’s no doubt about it:… 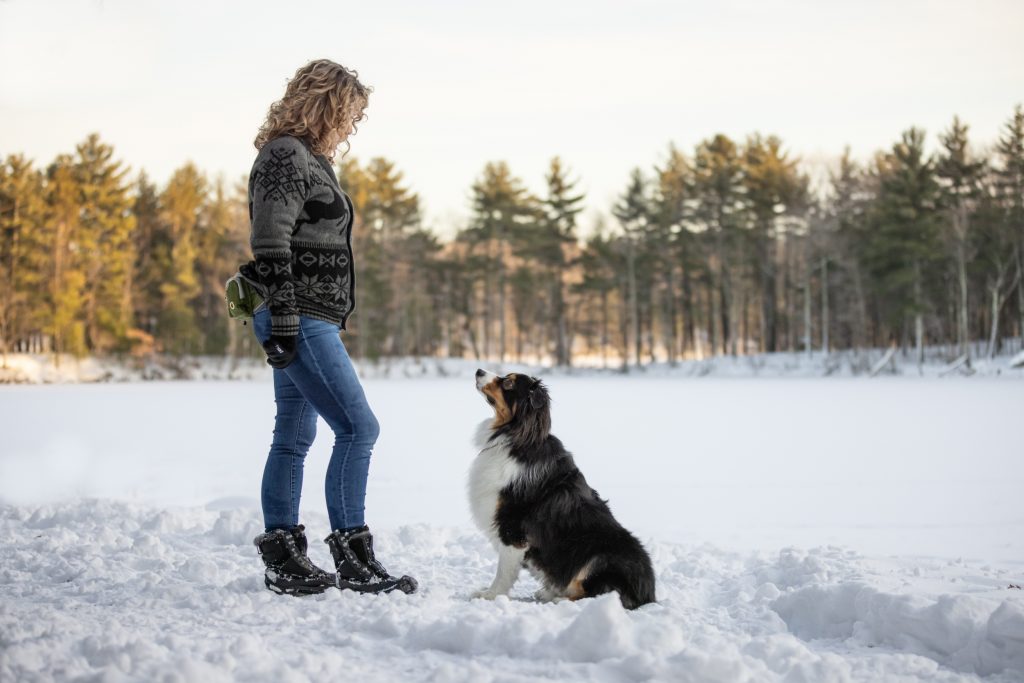 “I’m so grateful to him. He gives me a reason to get up, and a reason to…

“There were deaths and there were colleagues that got sick, and the sadness, fear, and emotional/physical drain… 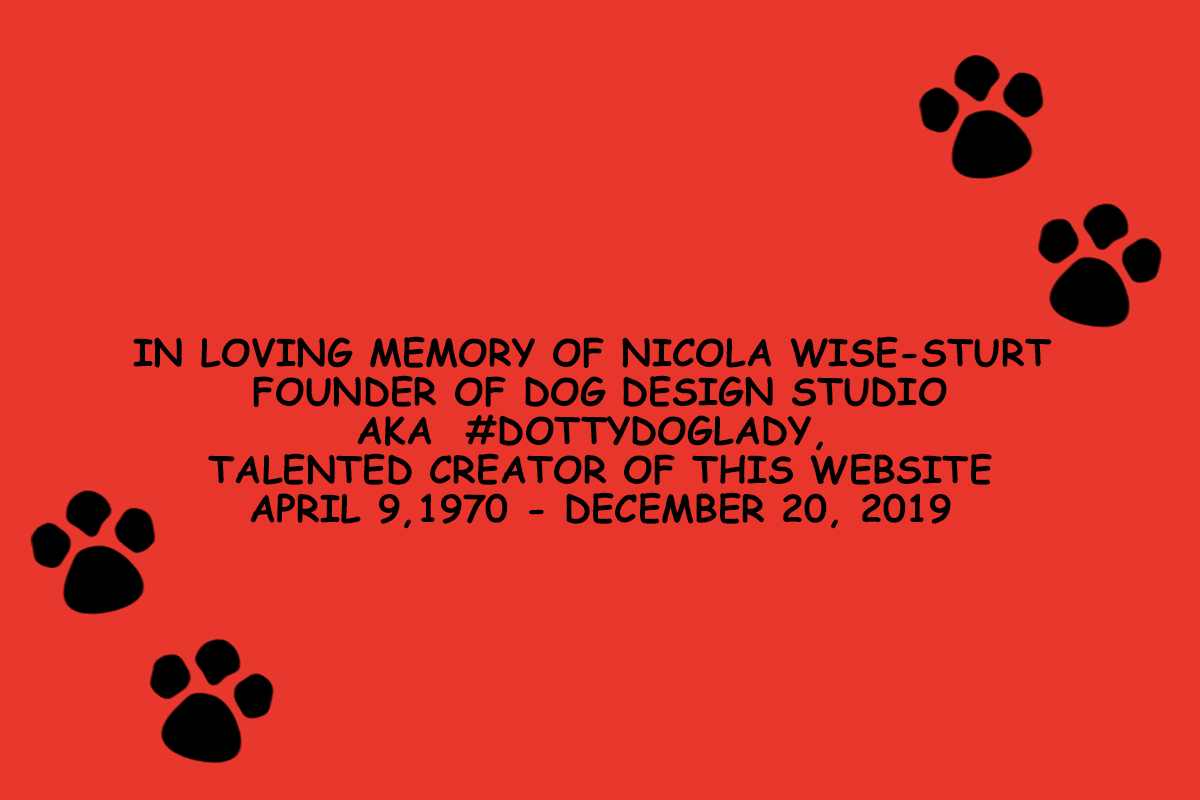